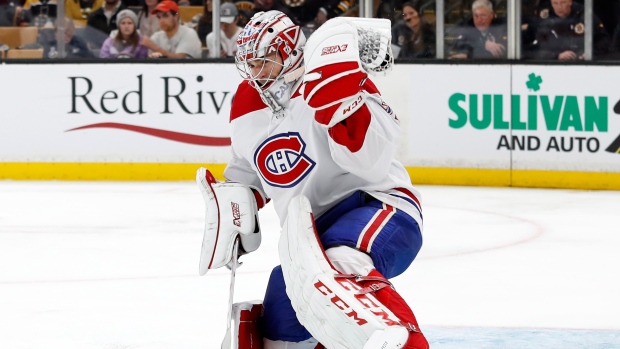 Dubnyk and Price were absolute workhorses for their respective teams, but that term has certainly become more of a relative one in the NHL over the years. As frequently as we saw both of these netminders in the crease last season, their workload pales in comparison to the burden placed on the position just a decade ago.

For context, consider Dubnyk and Price’s usage relative to their peers in the 2007-08 season. Playing nearly 3,900 minutes in a season is a tremendous amount nowadays, but it would have only been good enough for eighth and ninth 12 seasons ago. Goaltenders like Martin Brodeur (Devils), Evgeni Nabokov (Sharks), and Ryan Miller (Sabres) started nearly every single game for their respective teams, and were pulled only in the most extreme of circumstances.

The position has changed. Teams are still on the hunt for superstar goaltenders, but teams are also becoming increasingly conscious about workload, burnout rates and the heightened risk of injuries for their primary puck stoppers. Add that to an increased understanding that goaltenders struggle when playing in back-to-back situations – the NHL schedule still sees a dozen or more of these per team each year – and you have a real incentive for strategic rest.

Behaviourally, we’ve seen teams start to shift some of the minutes onto their second goaltender. Last season, the average NHL team used their No. 1 goalie in about 60 per cent of the total minutes – down almost 10 per cent from where it was a decade or so ago: 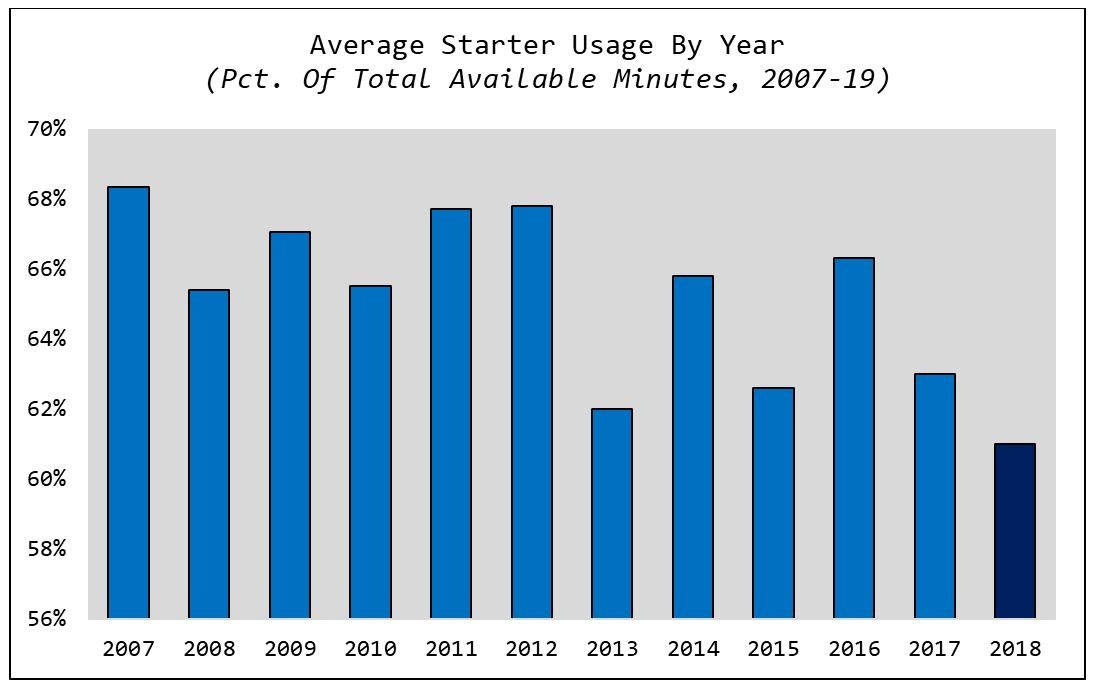 Analyzing this type of data year-over-year doesn’t lend itself well to perfectly linear trends – a random run of injuries for starting goaltenders (or backup goaltenders) can create plenty of in-season volatility. But there was an obvious shift coming out of the shortened 2012-13 NHL season, and the 2018-19 season was a new ‘low point’ in the number of minutes we saw from starters.

At any rate, it’s fair to conclude that usage for starting goaltenders is down about eight percentage points, which is roughly the equivalent of six or seven games. That’s not insignificant.

We know that the NHL – like most major sports leagues – has become acutely aware of how fatigue and overwork can drive performance degradation and injuries. But there may be other drivers that are giving NHL coaching staffs more confidence in their depth options.

League wide, save percentages for starters and platoon options or backups have trended closely over the last decade-plus, but not perfectly. The delta between these two groups has been cut in half over time: 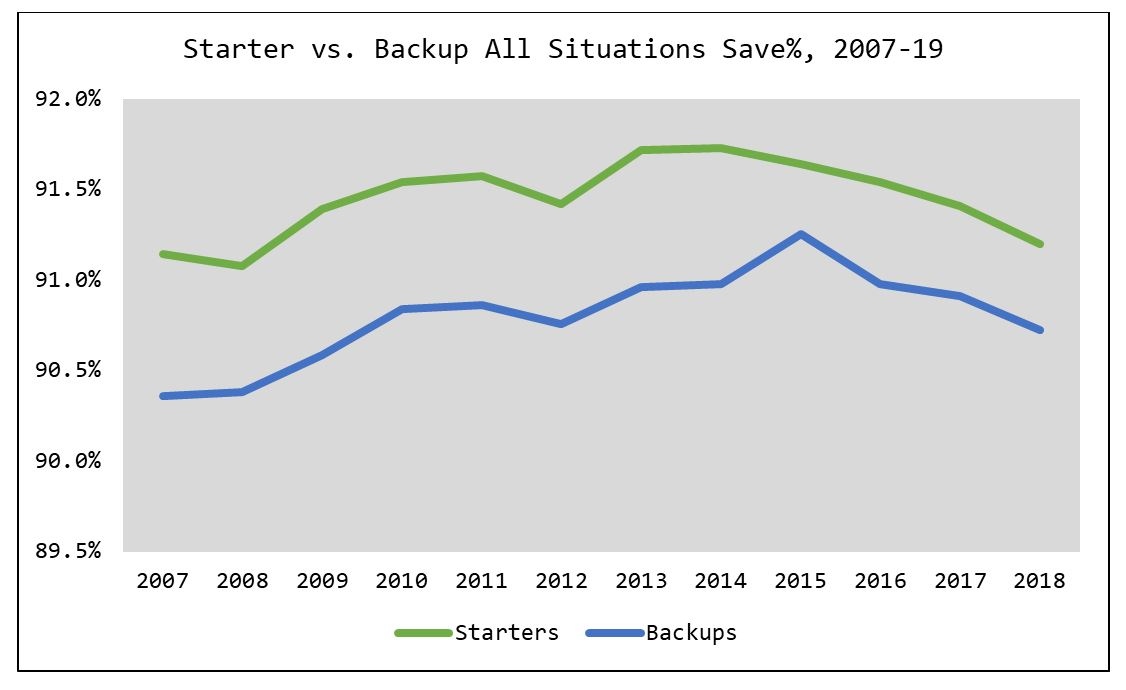 It seems likely that an increase in talent at the position has narrowed the gap, among other possible explainer variables (including more strategic ‘rest’ situations).

The talent argument is an interesting one, and backed by at least one critical point. The position, which was overwhelmingly North American for decades, has been impacted recently by an influx of European goaltenders. This newer recruiting market has certainly been a boon for the NHL – six of the last eight Vezina Trophies have been won by European goalies. More than anything, it has helped create an incredible level of competition for the small number of goaltender roster slots available. Through this competition comes natural displacement and, more generally, improved performance.

It’s hard to know where this carousel will stop – identifying a truly optimal number of starts for a given goaltender is quite difficult, and different variables may affect one team more than another – but the change in strategy is likely to stick for some time.

Knowing that rest can aid performance and help mitigate significant injury from manifesting is one thing. Being comfortable in backup options to absorb some of those minutes is another animal entirely.