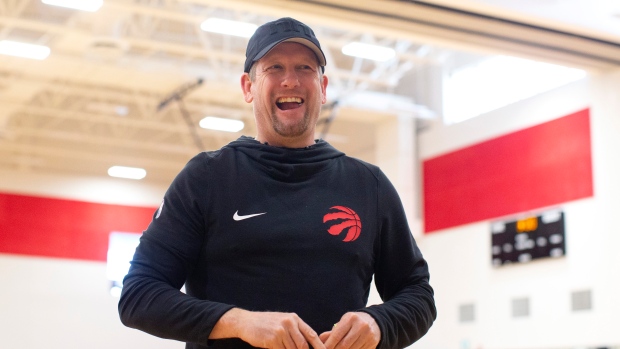 Nurse woke up early Sunday morning in China to a flurry of texts from Toronto about the Canadian tennis phenom. He switched on the TV just in time to catch Andreescu's second set of the U.S. Open and thrilling victory over superstar Serena Williams.

"Awesome," Nurse said. "Everybody's excited and it was really good to see her take the charge and kind of re-assert herself at the end, it was great. She's got some swag."

The 19-year-old from Mississauga, Ont., became the first Canadian to capture a Grand Slam singles title with her 6-3, 7-5 win over Williams.

Nurse is in China coaching Canada's men's team at the FIBA World Cup. He knows a little bit about historic victories, guiding the Toronto Raptors to their first NBA championship in June.

The Raptors' tag line has been "We the North" for several years. Andreescu has been dubbed "She the North" in her magnificent week. While sports fans have been bickering on social media about which victory was more significant, Nurse said there's plenty of room in the spotlight for both.

The Toronto Raptors tweeted their congratulations to Andreescu with a photo of a No. 1 Raptors jersey in her name beside the Larry O'Brien trophy, writing "SHE THE CHAMP!"