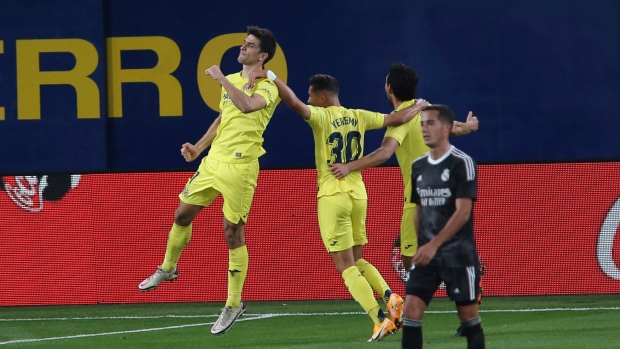 Three rounds of 2021/22 LaLiga Santander action are now in the books and it could hardly be tighter at the top of the table, as players now pause for the international break. Club directors are still as busy as ever, though, finalising transfers before the end of the summer window. All the main storylines from an eventful past seven days are outlined below.

It’s already tight at the top

The start to the new LaLiga Santander season has been so competitive that no team still has a 100 percent record. There are currently six teams at the top of the table with seven points, as Real Madrid, Sevilla FC, Valencia CF, FC Barcelona, Atlético Madrid and RCD Mallorca have all started with two wins and a draw.

At the other end of the table, Rayo Vallecano proved what they can do by thrashing Granada CF 4-0 in Vallecas. Andoni Iraola’s side achieved a statement win, showing that they’ll cause problems for opponents over the course of the season. It was Rayo Vallecano’s first top-flight win since a victory over Real Madrid in April of 2019.

Gerard Moreno named the Europa League player of the year

UEFA announced this past week that Villarreal’s Gerard Moreno has won the prize as the Europa League player of the year, finishing ahead of Bruno Fernandes and Edinson Cavani. The forward was key in Villarreal’s continental adventure, as the club won its first ever major trophy by defeating Manchester United on penalties in the final, with Gerard Moreno as the top scorer of the competition.

A new forward for Atlético

Atlético Madrid completed the transfer of Matheus Cunha this week, bringing the Brazilian to the Estadio Wanda Metropolitano from Hertha Berlin. The 22-year-old was one of the key members of Brazil’s gold-medal-winning Olympics squad, scoring three times in five appearances in Japan. Cunha, therefore, brings extra youth and versatility to Atleti’s front line.

Real Sociedad have made a big signing. Literally. The Basque side have brought in Alexander Sörloth on loan from RB Leipzig, with the 1,94 metres (6ft 4in) striker from Norway joining Alexander Isak in attack for Imanol Alguacil’s side.

Real Madrid have agreed new contracts with two of their top midfielders this past week, as Casemiro has agreed to extend his commitment to the club to 2025 and Fede Valverde has signed a new deal that’ll run to 2027. These are just the latest extensions, after Luka Modrić, Lucas Vázquez, Nacho, Dani Carvajal, Thibaut Courtois and Karim Benzema all penned new contracts this summer.

Marcos André is back in LaLiga

Santander Marcos André is back in the top division of Spanish football, with Valencia CF completing his signing from Real Valladolid. The Brazilian striker was one of the more impressive players for Real Valladolid as they suffered relegation last term and Los Che have brought him to Mestalla, where he made his debut in a 3-0 win over Alavés on Friday.

The group stage draw for the 2021/22 Champions League was held this week, with five Spanish sides involved. Atlético found out that they will play Liverpool, Porto and AC Milan. Real Madrid will face Inter, Shakhtar Donetsk and Sheriff Tiraspol. FC Barcelona have been drawn with Bayern Munich, Benfica and Dynamo Kyiv. Sevilla FC have Lille, RB Salzburg and Wolfsburg in their group. And Villarreal CF will battle with Manchester United, Atalanta and Young Boys.

The Europa League group stage draw took place this week as well, with Real Sociedad and Real Betis representing Spanish football in that competition. La Real have been placed in a group with Monaco, PSV Eindhoven and Sturm Graz, while Real Betis will meet Bayer Leverkusen, Celtic and Ferencváros.