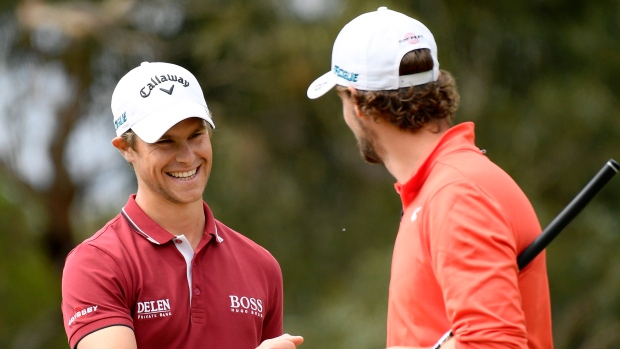 HAMBURG, Germany (AP) — Thomas Detry shot a 4-under 68 to take a one-stroke lead in the opening round as spectators returned to the fairways at the European Open on Saturday.

A declining rate of coronavirus infections allowed fans to attend a European Tour event for the first time since 2019. Up to 2,000 were permitted at the Green Eagle Golf Courses.

It had been scheduled to begin Thursday, but the tournament was postponed by two days and shortened to 54 holes to allow players and tour staff from the United Kingdom extra time to get around Germany’s recently introduced travel restrictions.

Detry started on the 10th hole and played his back nine in 29 with seven birdies and a double bogey. The Belgian golfer, looking for his first tour win in his 114th event, is one ahead of Sweden’s Alexander Björk, England’s Ashley Chesters, Scotland’s David Law and China’s Wu Ashun.