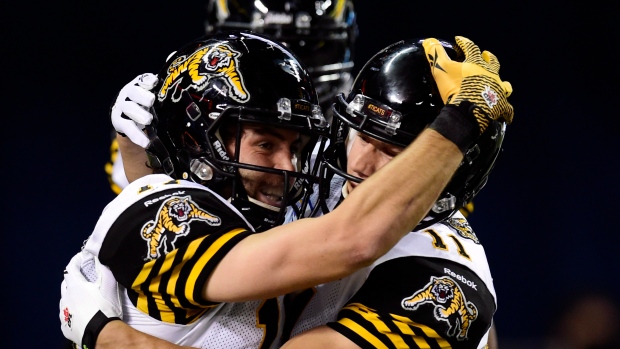 Wide receiver Luke Tasker left the Hamilton Tiger-Cats practice facility at McMaster University Wednesday with a bandage on his knee.

Head coach Kent Austin would only describe the injury, which has kept Tasker from practising since last week, as "lower-body." Austin did say Tasker would be evaluated further Wednesday afternoon.

The 2014 East Division All-Star, who signed a three-year extension with the Tiger-Cats in January, was spotted by TSN's Matthew Scianitti being driven away from the practice field at McMaster University with a bandage on his knee.

The 5-foot-11 wide receiver led the Ticats with 72 catches for 937 yards and five touchdowns in 2014. He joined the Tiger-Cats late in the 2013 season after spending training camp with the NFL’s San Diego Chargers.

Tasker, 24, garnered a workout from the NFL's Green Bay Packers this offseason, but ultimately returned to the CFL.