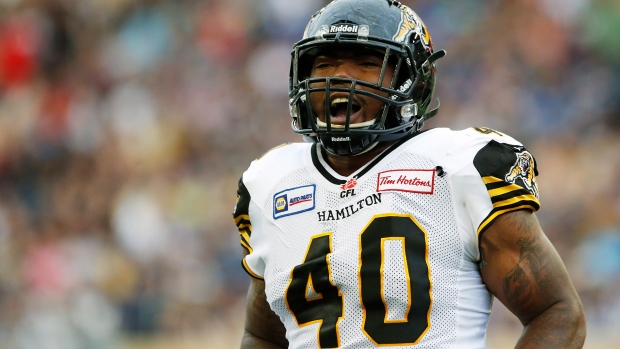 Norwood, 27, had seven sacks in 2015 before suffering a season-ending knee injury. Norwood spent three seasons with the Ticats, registering 123 tackles and 24 sacks.

Mawa and Huggins are Canadian, the others are Americans.

Other CFL roster moves on Tuesday:

Jonathan Hefney signed a one-day contract with the club and retired as a Blue Bomber. He played 60 games in Winnipeg over four seasons and had 241 defensive tackles.