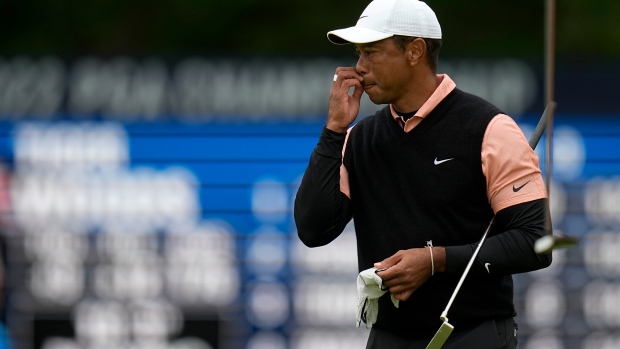 Tiger Woods is withdrawing from the PGA Championship.

Tiger Woods has withdrawn after Round 3 from the 2022 PGA Championship. pic.twitter.com/I4TiYAgvoM

After struggling to a nine-over 79 on Saturday, the tournament announced the 15-time major championship winner will not compete Sunday. He sat in a tie for 76th at 12-over through 54 holes at the time of the announcement.

Woods is just over one year removed from a devastating car crash that he suffered severe injuries to his right leg in. The 46-year-old appeared to be walking with a noticeable limp at times throughout Saturday.