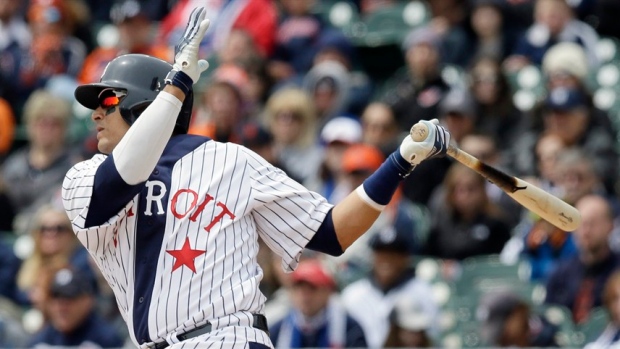 NEW YORK, N.Y. - The Detroit Tigers have activated star designated hitter Victor Martinez from the 15-day disabled list and put him in the cleanup spot.

Martinez was batting fourth Friday night as the Tigers opened a series at the New York Yankees.

Martinez had been out since May 19 because of left knee inflammation. He was hitting .216 with one home run and 15 RBIs before being sidelined.

The 36-year-old switch-hitter was second in the AL MVP voting last year after batting .335 with 32 home runs and 103 RBIs.

Detroit manager Brad Ausmus says Martinez has an "intensity and focus" that brings a positive effect to his teammates. The four-time AL Central champion Tigers began the day at 34-32 and in third place in the division.