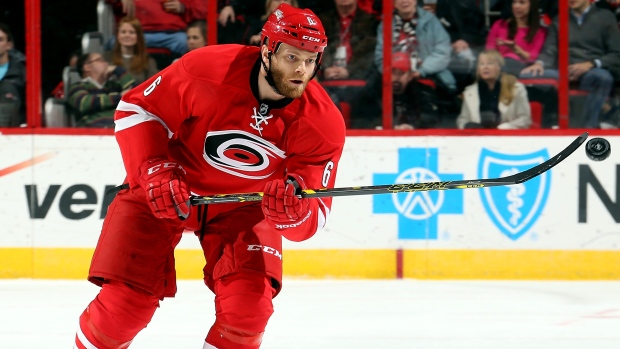 The Carolina Hurricanes are bringing a familiar face behind the bench.

The team announced on Thursday that Tim Gleason has been hired as an assistant coach under Rod Brind'Amour.

Gleason takes the spot of Dean Chynoweth, who left in July to become an assistant with the Toronto Maple Leafs.

Gleason, 38, had been back with the Hurricanes since 2018 as the head of the club's defencemen development.

A native of Clawson, MI, Gleason spent parts of nine seasons on the Canes' blue line.

The 23rd overall selection of the 2001 NHL Entry Draft out of the Ontario Hockey League, Gleason appeared in 727 NHL games over 11 seasons with the Canes, Los Angeles Kings, Leafs and Washington Capitals. He retired in 2015.

Internationally, he represented the United States on a number of occasions, including as part of the squad at the 2010 Vancouver Winter Olympics that claimed a silver medal.