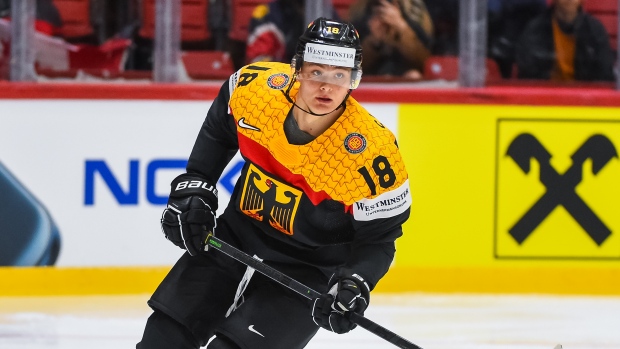 Ottawa Senators general manager Pierre Dorion told TSN Radio 1200 Ottawa on Wednesday that the knee injury suffered by Tim Stützle at the World Championship is the same ailment he dealt with during the regular season.

Dorion says same knee injury for Stutzle that he had during the season. Two week recovery. #Sens

Stützle - who missed two games in April with the knee injury - will require a recovery time of two weeks, according to Dorion.

The 20-year-old was injured during Germany's matchup with France at the Worlds last week where he was hit into the boards with his knee receiving the brunt of the impact. Stützle stayed on the ice as play continued the other way and required help getting down the tunnel and to the dressing room.

The winger broke out in his sophomore season in the NHL, scoring 22 goals and adding 36 assists in 79 games for the Senators. He had two assists through Germany's first two games at the men's World Championship before leaving in game three.