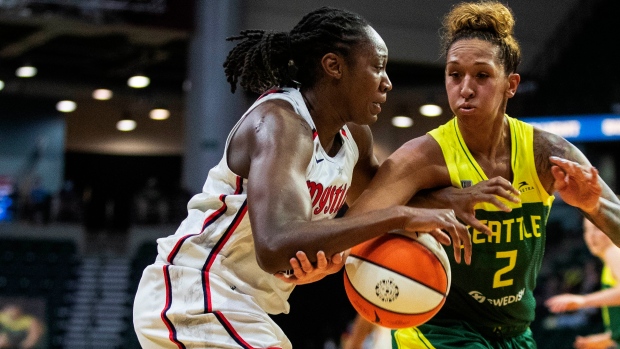 WASHINGTON -- — Tina Charles had 26 points and 16 rebounds and the Washington Mystics beat the Atlanta Dream 82-74 on Friday night to snap a three-game losing streak.

Washington (11-18) moved into a tie with the New York Liberty for eighth — the final playoff spot. The Mystics go on the road to face Chicago and New York, followed by a home game against Minnesota to close the regular season.

Atlanta (7-22) was eliminated from playoff contention.