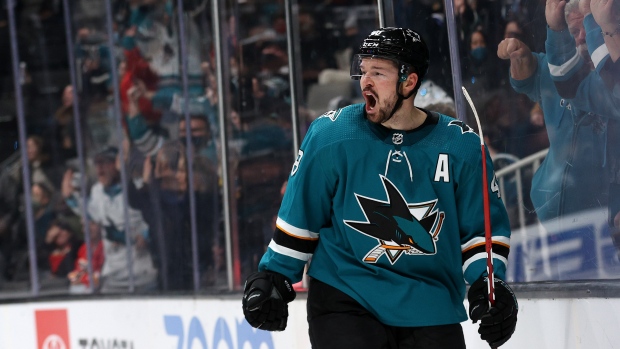 The San Jose Sharks and forward Tomas Hertl agreed to an eight-year contract extension on Wednesday.

SHARK MUST BE ALWAYS!!! 🦈@TomasHertl48 IS BACK IN TEAL FOR EIGHT MORE YEARS!!!!

A native of Prague, Hertl is in the final season of a four-year, $22.5 million deal signed ahead of the 2018 season.

Hertl, 28, is in his ninth NHL season, all coming with the Sharks.

“Tomas has evolved into a premier top-line centerman in the league, competing against the NHL’s best players every single night and delivering significant results,” assistant general manager Joe Will said. “There are few centermen in the NHL with his combination of physical and dynamic play and he is a player that you build a franchise around. We are fortunate to have two of the league’s top centermen on one team with Tomas and Logan Couture."

The Sharks entered the day in 13th place in the Western Conference and are in danger of missing the playoffs for a third straight season for the first time in franchise history.

But they still made the decision to build around Hertl rather than try to deal him away for draft picks or prospects.