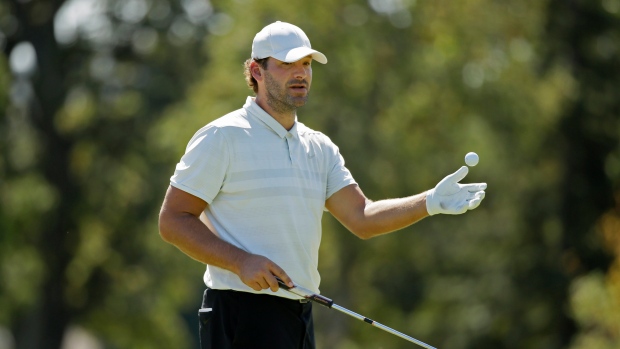 Former Dallas Cowboys quarterback and CBS Sports analyst Tony Romo is stepping back up to the tee box.

The Korn Ferry Tour's Veritex Bank Championship announced on Tuesday that Romo will be competing in the event set for Texas Rangers Golf Club in Arlington, TX from Apr. 22 to 25.

We are excited to announce that former @dallascowboys quarterback and @CBSSports NFL analyst @tonyromo will compete in the @KornFerryTour's Veritex Bank Championship from April 22-25!

This will be Romo's first tournament of 2021. The 40-year-old Romo has competed in a number of events since his retirement from football in 2016.

In 2020, Romo entered the PGA Tour's 2020 Safeway Open in Scottsdale, AZ, which was won by Cameron Champ. Romo started strong shooting a 70 in his opening round, but a 78 in the second round meant that he would miss the cut.

A native of San Diego, Romo also competed in the Korn Ferry Tour's Price Cutter Charity Championship last July in Springfield, MO, but withdrew after only four holes with a wrist injury.

A four-time Pro Bowler, Romo spent 13 seasons in the NFL, all with the Cowboys.