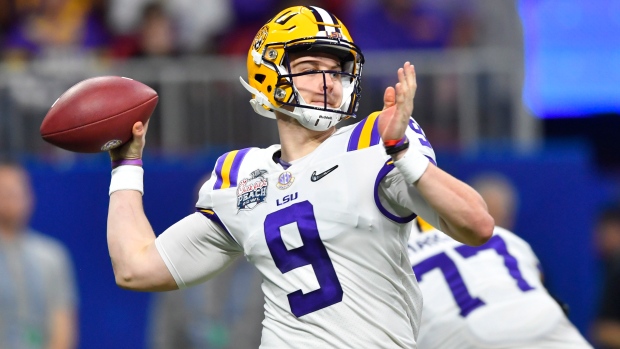 Top NFL Draft prospect Joe Burrow put speculation he wouldn't play for the Cincinnati Bengals to rest Tuesday, saying he'll play for whoever drafts him while speaking at the NFL Combine.

#LSU QB Joe Burrow, asked if he’ll play for the #Bengals if they take him No. 1: “I'm not going to not play.” He adds: I'll play for whoever drafts me."

"I'm not going to not play," Burrow said. "I'll play for whoever drafts me."

Burrow is expected to be the first player chosen in the NFL Draft in April. The quarterback won the Heisman Trophy and led the LSU Tiger to a national championship last year.

The Bengals hold the top pick in the NFL Draft after finishing with a league-worst 2-14 record last year.

Burrow also confirmed that he would not be throwing at the NFL Combine on Tuesday.