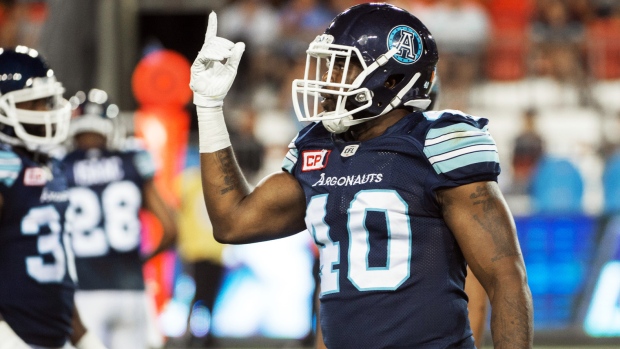 Lemon, who posted 10 sacks in 13 games with the Lions last season, returns to the team after recording one sack in four games with the Argonauts this season. The 30-year-old is a two-time Grey Cup champion and was named a CFL East All-Star in 2016.

Breaking: BC Lions have re-acquired DE Shawn Lemon from the @TorontoArgos in exchange for DT Davon Coleman and a conditional 8th-round pick in the 2020 CFL Draft. pic.twitter.com/DNxTC63xzZ

Coleman, 28, was a CFL All-Star in 2018 in his first year with the Lions, recording eight sacks and two interceptions in 18 games. In eight games with the Lions this season, Coleman has two sacks, one interception and has recorded 13 tackles.

The Lions, who lost 35-34 to the Tiger-Cats on Saturday, will face the Winnipeg Blue Bombers on Thursday. The Argonauts will return from their bye week on Friday against the Edmonton Eskimos.