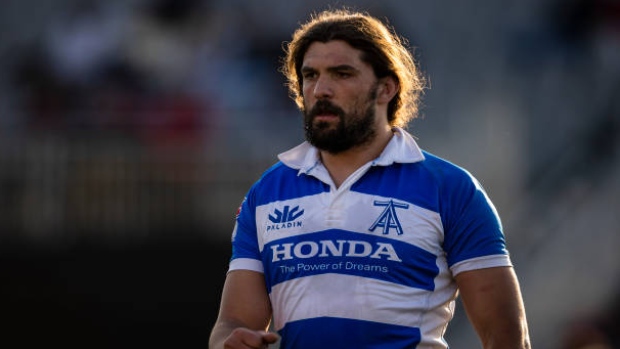 It was a second straight win for the Arrows (2-2-0) while Old Glory (0-4-0) suffered its fourth straight loss.

Lucas Rumball, Ross Braude, Mike Sheppard and Cole Keith scored tries for Toronto, which held a 19-5 lead at the half. Sam Malcolm added three conversions and a penalty at Segra Field in Leesburg, Va.

Toronto coach Peter Smith made just one change to his starting 15 with Ueta Tufuga slotting in at outside centre for Mitch Richardson, who dropped to the bench.

Still, the Toronto starting lineup featured 11 internationals: nine from Canada and one each from Argentina and Uruguay.

And on the plus side, back-row forwards Ronan Foley and James O'Neill returned to action, starting on the bench.

The home side was rewarded for a positive start in the 16th minute when Irimescu touched down to cap a driving maul off a lineout after a penalty deep in the Toronto end.

The Arrows claimed the ball off the ensuing kickoff and spun the ball wide with Rumball taking a pass from Matt Hood to finish off the move two minutes later to tie it at 5-5.

Braude dove over in the 25th minute after the Arrows laid siege on the Old Glory try-line for a 12-5 lead with the conversion. A Toronto try by Spencer Jones soon after was negated on video review for a knock-on.

Awarded a penalty for offside near the Old Glory try-line on the stroke of halftime, Toronto opted for a scrum rather than kick for three points. Sheppard eventually touched the ball down for a try whose grounding survived a review by the television match official, making the gamble pay off with seven points.

The Old Glory cause was not helped when No. 8 Jamason Fa’anana-Schultz was sent to the sin-bin in the 42nd minute for hitting a Toronto player without the ball.

Keith added to the lead in the 49th minute as the Old Glory defence was exposed again. The prop emerged from a ruck to run untouched to the Old Glory try-line for a converted try — his first in MLR play — that extended the lead to 26-5.

There was a virtual repeat of the play in the 66th minute when O'Neill rumbled over untouched from a ruck. But he was ruled offside by the television match official, negating the score.

Old Glory came into the game having conceded a league-worst 153 points in losing 55-22 at Rugby ATL, 57-12 at the Austin Gilgronis and 41-25 to the visiting New England Free Jacks.

Toronto dropped its season opener 21-8 at the Seattle Seawolves and then lost 31-16 to the defending champion Los Angeles Giltinis at Langford, B.C., before rallying to edge NOLA Gold 24-23 last Saturday in Metairie, La.

The Arrows improved to 3-0-0 all-time against Old Glory.

Toronto visits the New England Free Jacks next on March 12, after a bye week.

This report by The Canadian Press was first published Feb. 26, 2022