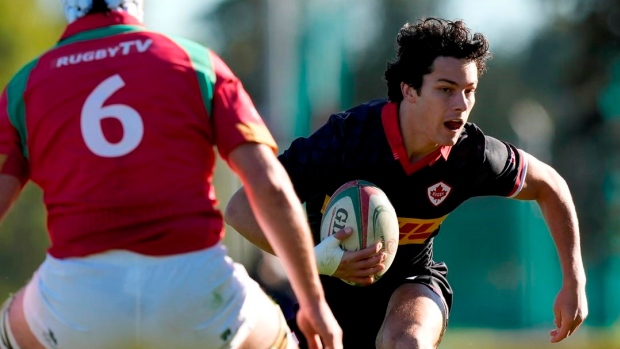 TORONTO — The Toronto Arrows, dealing with a spate of injuries among the backs, have signed Canadian international wing/fullback Brock Webster.

The Arrows lost 21-8 at the Seattle Seawolves in their Feb. 6 season opener and 31-16 to the defending champion Los Angeles Giltinis on Saturday at Starlight Stadium in Langford, B.C.

The Arrows hope Malcolm, a key player at fly half, and de la Vega and McCann will be fit to play Saturday in Metairie, La.

The 21-year-old Webster appeared in five test matches for Canada in the fall and also has experience with Canada on the HSBC World Rugby Sevens Series.

“Brock is an outstanding young Ontario product with a big future in the game, both in sevens and 15s, and he is a great add for us given some of our early-season injury challenges,” Arrows GM and COO Mark Winokur said in a statement. “We look forward to seeing him make an impression on MLR right away.”

Webster, named Rugby Canada’s Young Player of the Year in 2018, has been playing for the Pacific Pride, Rugby Canada’s national development academy side in B.C.'s Premier Division. He is a graduate of the Ontario Blues junior men’s provincial program and also played for the Oshawa Vikings.

This report by The Canadian Press was first published Feb. 16 2022