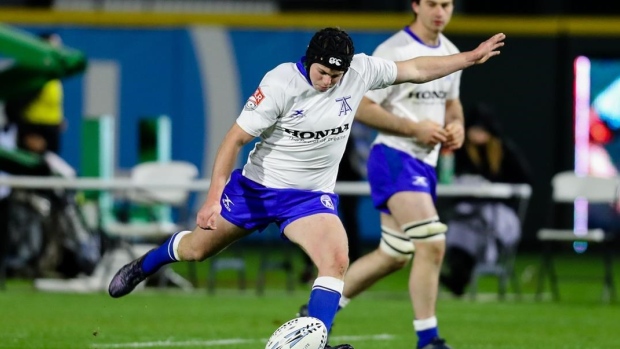 MARIETTA, Ga. — Despite missing more than a dozen players through international duty or injury, the Toronto Arrows rallied to snap a five-game losing streak with a 34-28 win over Old Glory DC in Major League Rugby play Sunday.

Both teams had players sent to the sin-bin in the dying minutes.

The game was played at Lupo Family Field at Life University. The Arrows are sharing facilities with Rugby ATL during the pandemic.

Toronto has lost nine players to Canada and three to Uruguay during the July test window. The Arrows were also without the injured Spencer Jones, Jaime Mackenzie and Marcello Wainwright.

Toronto director of rugby Chris Silverthorn, whose team had lost seven of its last eight outings, still managed to field 10 internationals in his matchday 23. There were six Canadian internationals and four from Argentina.

The Arrows matchday 23 featured 15 Canadians. New Zealand's Malcolm, back in the Arrows fold after a stint in Japan, and Canadian flanker Ollie Nott made their first starts of the season.

Toronto wraps up the season next Sunday against the New England Free Jacks.

This report by The Canadian Press was first published July 4, 2021