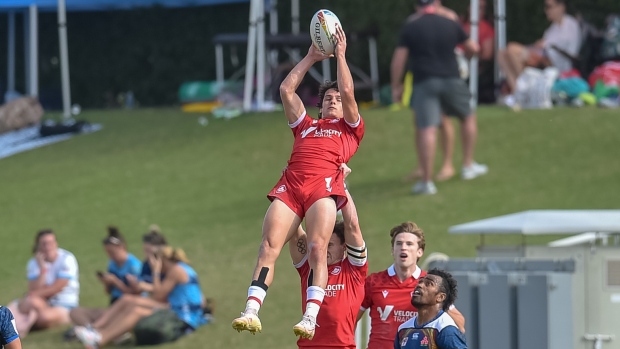 METAIRIE, La. — Sam Malcolm kicked 14 points and Brock Webster scored a try in his debut as the Toronto Arrows rallied to defeat the NOLA Gold 24-23 Saturday for their first win of the Major League rugby season.

Malcolm, who missed the first two games of the season due to injury, booted four penalties and a conversion for the Arrows. The fly half from New Zealand put Toronto (1-2-0) ahead for good with a penalty kick in the 77th minute.

Trailing 10-8 at the half, New Orleans went ahead 15-10 with a try under the posts in the 46th minute. Five minutes later the home side was reduced to 14 men with a second yellow card of the game, this time to prop Dino Waldren. But NOLA still managed to extend its lead to 20-10 with a try in the 55th minute.

The teams traded penalty kicks to make it 23-13 before Webster raced down the flank after a quick tap by scrum half Ross Braude to cut the lead to 23-18 in the 65th minute. A Malcolm penalty in the 71st minute reduced the NOLA advantage to 23-21.

Another in a string of NOLA penalties allowed Malcom to restore Toronto's lead in the 77th minute, making it 24-23.

The Arrows were coming off a 31-16 loss to the defending champion Los Angeles Giltinis in Langford, B.C. Toronto also lost 21-8 at the Seattle Seawolves in their Feb. 6 season opener.

Toronto has been hit hard with injuries early in the season.

On the plus side, Malcolm, Baillie and back-rower Tomy de la Vega returned to action.

Webster was signed earlier in the week in a bid to help fill the injury void, started on the win. And he made an immediate impact early on with a solo run down the right flank that set the stage for Baillie, a former NOLA player, to touch down in the left corner in the fourth minute after the Arrows recycled the ball.

Malcom's conversion made it 7-0.

NOLA kicked a penalty in the eighth minute to cut the advantage to 7-3. And Howard put the home side ahead 8-7 in the 14th minute, finishing off a well-worked move that started with his throw to the front of the lineup in the Arrows 22.

NOLA forward Malcolm May was sent to the sin bin in the 23rd minute for a professional foul, pulling on Lucas Rumball's shirt to slow down the Arrows forward as he tried to get to a pass near the NOLA try-line.

Up a man, Toronto kept pressing and Malcolm's chip-shot penalty kick gave Toronto a 10-8 lead in the 26th minute.

Rumball looked to have extended the lead in the 33rd minute, touching down after a driving maul from a lineout. But video review negated the try for an obstruction call.

After New Orleans was penalized for illegally defending another driving maul late in the first half and then a scrum infraction, the Arrows laid siege in the NOLA line only to have the half end on a handling error.

Ten players made their Arrows debut in the first two weeks of the season.

Toronto is coming off a 5-11-0 campaign that saw the team take up residence in suburban Atlanta due to pandemic-related travel restrictions. The Arrows are back home now but won't play in Toronto until April 2, eight games into the season.

This report by The Canadian Press was first published Feb. 19, 2022