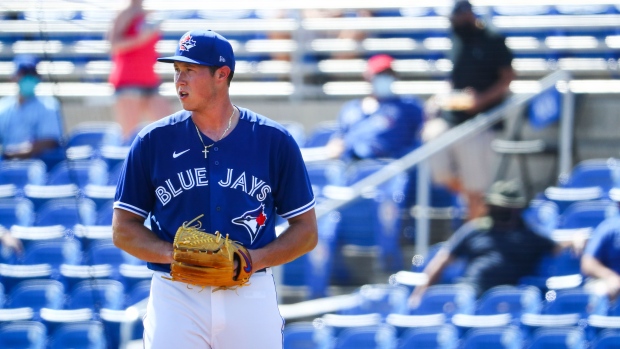 The Toronto Blue Jays are activating right-hander Nate Pearson, who will make his season debut and start the series-finale in Houston against the Astros on Sunday.

Pearson pitched Tuesday night for the Buffalo Bisons, striking out eight hitters in 3.2 innings of work. He was held to just one inning in spring training because of a groin injury.

Meanwhile, reliever Rafael Dolis is being placed on the 10-day injured list because of a right calf strain. He was removed from Friday night's game and the Jays were initially hopeful he would be able to avoid a stint on the IL.

Following their series in Houston, the Blue Jays will have an off-day on Monday before heading to Atlanta to take on the Braves Tuesday.