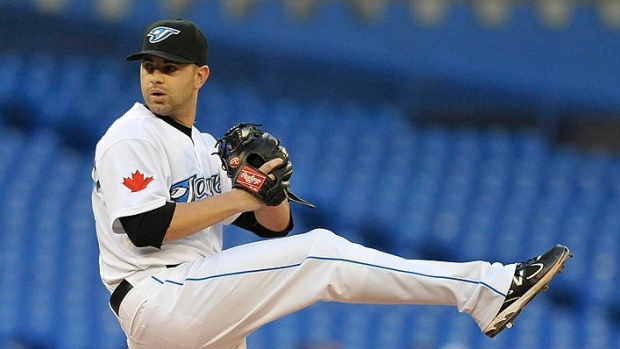 An old friend is back.

Marc Rzepczynski has passed his physical and the minor-league deal with #BlueJays is official.
The 34-year-old lefty adds another name to the bullpen competition.

The Toronto Blue Jays have added left-handed relief pitcher Marc Rzepczynski to camp on a minor league deal according to TSN's Scott Mitchell.

Mitchell adds he has passed his physical and adds another name to the bullpen competition.

The 34-year-old southpaw last appeared in the big leagues in 2018 with the Cleveland Indians.

He spent parts of three seasons with the Blue Jays from 2009 to 2011 before being traded to the St. Louis Cardinals in a deal also involving outfielder Colby Rasmus.

Meanwhile, lefty Ryan Borucki, who was shut down at the beginning of spring training, played catch on Monday. Manager Charlie Montoyo told reporters he will not be in contention for the fifth spot in the starting rotation since he's behind schedule.

Right-hander Julian Merryweather, who has not yet pitched at the big league level after being acquired in the Josh Donaldson trade two seasons ago, will throw Tuesday against the New York Yankees.