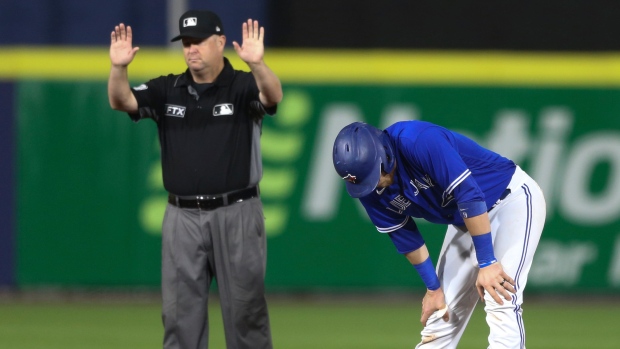 The Toronto Blue Jays announced Friday that catcher Danny Jansen has been placed on the injured list because of a right hamstring strain he suffered against the Boston Red Sox Wednesday night.

As a corresponding move, the club has recalled catcher Alejandro Kirk from triple-A Buffalo, who has not played at the big-league level since May 1 after suffering a hip flexor strain. He will be active for Friday evening's game.

Toronto enters play Friday at 48-44, good for fourth place in the American League East. They will begin a three-game series with the New York Mets in Flushing with left-hander Steven Matz getting the ball against Tylor Megill.