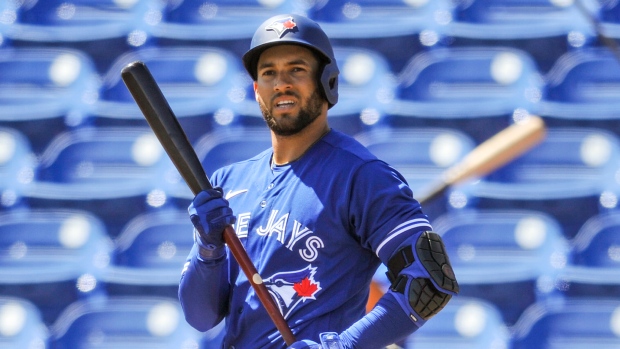 Toronto Blue Jays manager Charlie Montoyo told reporters after Sunday's series-finale with the Atlanta Braves that George Springer was removed from the game due to fatigue.

"He was fatigued. It was hot today, and [having games] three days in a row swinging the bat, he felt fatigued,” Montoyo told reporters. “Of course, we’re going to be careful with him and that’s why we decided to take him out. It was the best thing for him today.”

Infielder Joe Panik pinch hit for Springer in the sixth inning. Toronto would go on to win 7-2 to complete a three-game sweep.