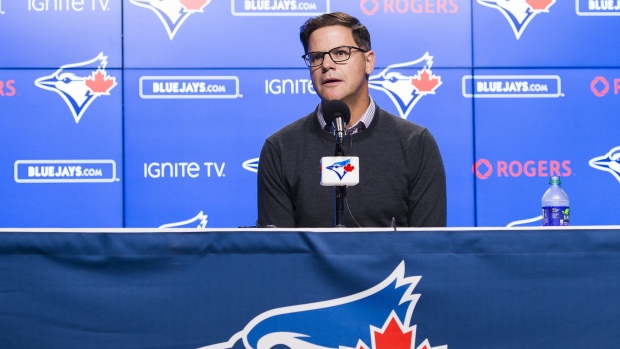 TORONTO — If Major League Baseball needs to squeeze more games into a condensed season without exhausting pitching staffs, perhaps this idea could get tossed into play: seven-inning doubleheaders.

“Maybe that’s something we have to consider,” Toronto Blue Jays general manager Ross Atkins said on a conference call Wednesday.

Opening day has been postponed until at least mid-May because of the new coronavirus pandemic. The regular season had been scheduled to begin Thursday.

Minor league teams and college teams typically play seven innings in each game of a doubleheader. But twinbills are rarely planned in the majors — only a handful were originally scheduled over the last decade.

The final total of big league doubleheaders, most of them caused by makeup games, ranged from a low of 14 in 2014 to a high of 34 in both 2011 and 2018, according to the Elias Sports Bureau.

New York Yankees manager Aaron Boone said he would be open to considering seven-inning games in doubleheaders. He said averaging eight or nine games a week would require a couple more roster spots above the current 26, with at least 14 pitchers.

Extending play into November could lead to neutral-site games in warm weather cities and ballparks with roofs.

“It is an opportunity probably to be creative or to try some things that people think could stick a little bit or could be kind of a segue to something different down the line,” Boone said on a conference call Wednesday. “But it's certainly probably an opportunity to try some things that you wouldn't otherwise try in a normal 162-game setting where everything's kind of going off according to plan.”

The math: By averaging nine games a week, a team could play 162 games in 18 weeks, eight fewer than usual. That means MLB could start as late as July and play a full schedule by extending the regular season through October.

Atkins pitched in Cleveland’s minor league system for five seasons before becoming that team’s assistant director of player development. He was hired as Toronto’s GM in December 2015.

Asked what he saw as potential solutions to scheduling issues, Atkins mentioned shorter games in doubleheaders. Still, he isn’t entirely sold on the idea of seven-inning games.

“You’re not playing the game that is written in the rulebooks,” he said. “It’s not the regulation game, it’s a different game. Bullpens and teams are built in a way to play nine innings. I’m sure there are people that would challenge that and I’m not so sure it’s something we should do.”

No matter how many innings get played, the likelihood of a condensed schedule will require greater roster flexibility once baseball resumes, Atkins said.

“If you’re playing multiple doubleheaders, and suppose they are nine innings each, the demands on a pitching staff would be extremely significant," he said.

Atkins declined to say how many games he thinks would be necessary this season, acknowledging the complexity of the issue.

“Decreasing the number of games isn’t just about record books,” he said. “It’s more complicated than that because of compensation reasons, because of how rosters were built and the resources that were poured into the planning to get where we are today.

“What we need to do is get ideas out where people feel safe mentioning them and then work through what’s practical, what makes sense, what are the downsides, because there’s going to be downsides, and try to weigh those appropriately,” Atkins said.

“Get all of those ideas on the table and then sort through the execution of them and think about the unintended consequences and come up with a game plan that we can put in play,” he said.

Isolated at home in Toronto after returning from spring training in Dunedin, Florida, Atkins and his staff remain focused on evaluating amateur players as best they can. The Blue Jays hold the fifth overall pick in this year’s draft.

Even with college and high school games shut down, Atkins said the Blue Jays will be ready for the draft as soon as it happens.

“We feel that we could get prepared in a short period of time based on the information that we have and be very competitive," he said.

“There's been lot of things thrown out there. I mean, goodness gracious, everybody comes up with what could happen, might happen, should happen,” he said. “I think the easiest way for me is just let it ride itself out, and eventually they’re going to come up with a plan and tell us.”

“I’m currently negotiating with Al on my contract, that I only do one game a day,” Gardenhire joked, referring to Detroit general manager Al Avila. "If you’re going to play a ton of doubleheaders, there’s got to be roster decisions.”