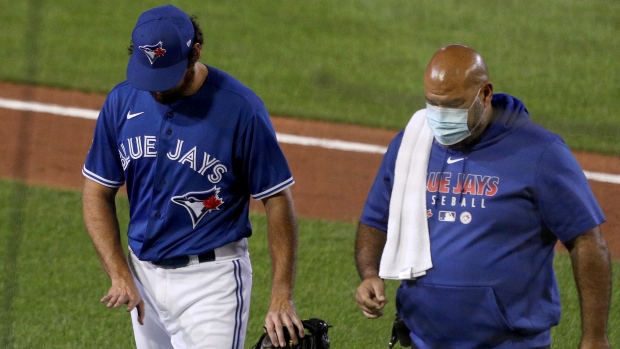 #BlueJays notes:
-Jordan Romano (finger) threw live BP today, facing Rowdy Tellez (knee). Romano is an option for WC round if he feels good.
-Ross Stripling is “sore” after taking liner to shin, according to Montoyo but no long-term worry.
-Anthony Kay could be part of WC roster.

Romano will be an option for the Jays in the wild card round if he feels good. The 27-year-old has been out since late August with a finger injury. In 15 games for the Blue Jays this season, Romano is 2-1 with a 1.23 earned run average and 21 strikeouts in 14.2 innings.

In other Jays injury notes, manager Charlie Montoyo said Ross Stripling is sore after taking a liner to the shin but there is no long-term worry.