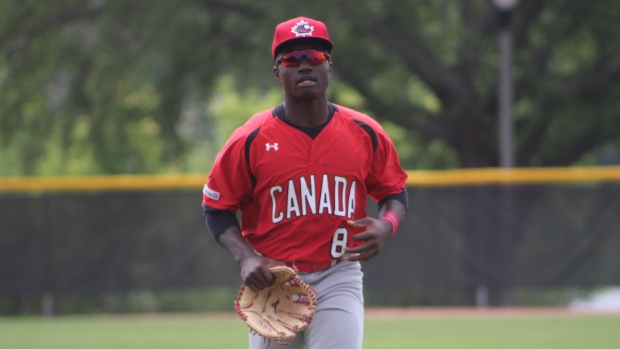 The Toronto Blue Jays have selected the first Canadian in the 2019 Major League Baseball draft, taking Oakville, Ont., outfielder Dasan Brown in the third round (88th overall) on Tuesday.

#BlueJays have selected top-ranked Canadian outfielder Dasan Brown with the 88th pick overall.
The Oakville high schooler has a commitment to Texas A&M.

Dasan Brown didn’t want to interrupt teachers at Abbey Park high school today with a phone call from a major-league front office, so he took the day off.

Brown didn't want to interrupt teachers at his high school Tuesday with a phone call from a major-league front office, so he took the day off according to TSN Blue Jays reporter Scott Mitchell. Which classes did he skip?

The six-foot, 185-pound Brown attends Abbey Park High School and has played for the junior national team. The 18-year-old is listed as a centre-fielder.

Brown has a commitment to Texas A&M University.

No Canadians were selected on the first day of the draft for the first time since 2012.