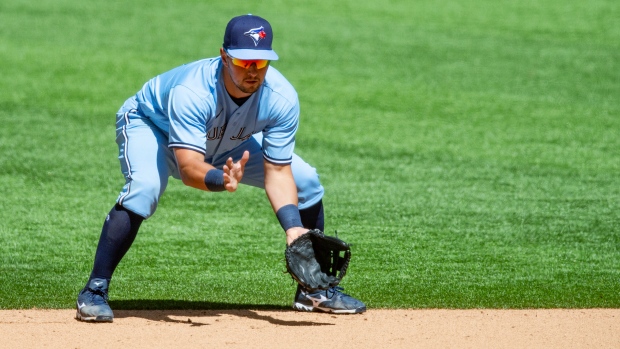 The Toronto Blue Jays have placed infielder Joe Panik on the 10-day IL with a left calf strain and recalled first baseman Rowdy Tellez from Triple-A Buffalo, the team announced on Friday.

Panik has appeared in 19 games this season for the Jays and posted a .226 batting average with four RBIs.

Tellez has played in 18 games this season at the MLB level and has a .183 average, one homer and three RBIs.