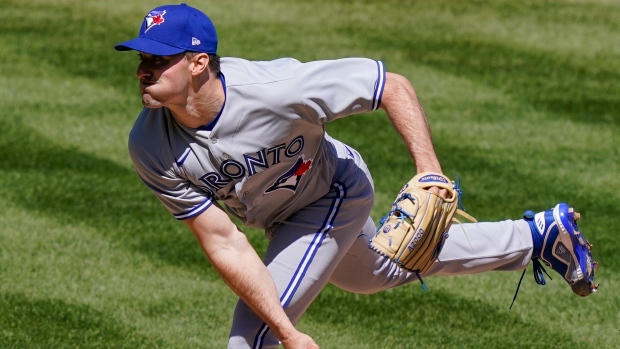 Another day, another set of injuries for the Toronto Blue Jays.

UPDATE: 3B Cavan Biggio left tonight's game with pain in his right hand.

After right-handed pitchers Ross Stripling and Jordan Romano were placed on the 10-day injured list with arm issues, third baseman Cavan Biggio was forced from Thursday's game against the Kansas City Royals because of pain in his right hand.

It was a rough game for Biggio all around, going 0-for-2 at the plate and making two errors at third base. He appeared to take a line drive off the right hand prior to leaving the game. Joe Panik came in to replace Biggio at the hot corner.

Meanwhile, Stripling was placed on the list (retroactive to April 12) with a right forearm flexor strain, while Romano will miss time due to a right ulnar neuritis.

Toronto originally scratched Stripling from his scheduled start Wednesday due to forearm tightness.