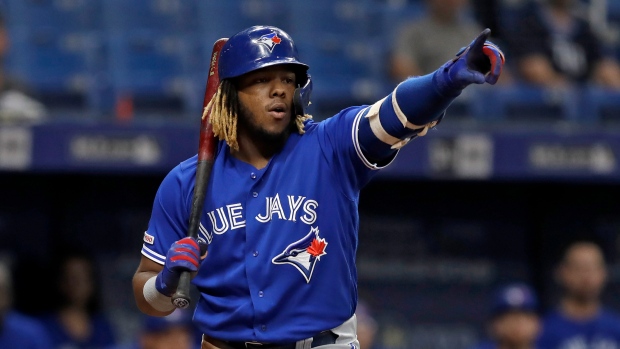 The Toronto Blue Jays will open the 2020 season on Friday, July 24 in Tampa Bay against the Rays should the MLB proceed with its season, it was revealed Monday night as part of the league's schedule announcement.

From there, the Jays will travel to Washington D.C. to play the Nationals and then play their first home game on July 29 against Washington. No decision has been made on whether the Jays' home games will be played in Toronto or elsewhere.

The New York Yankees and Nationals will play the first regular season game of 2020 the day before in D.C. The San Francisco Giants will visit the Los Angeles Dodgers in the other game on opening night.

The Blue Jays will play 10 games against each of their American League East rivals. They will also face the Philadelphia Phillies six times, and their remaining 14 games will be against the other members of the National League East.

Toronto's regular season will end on Sunday, September 27 at home against the Orioles.

Opening Day was originally supposed to be on March 26 before the COVID-19 pandemic pushed back play indefinitely.