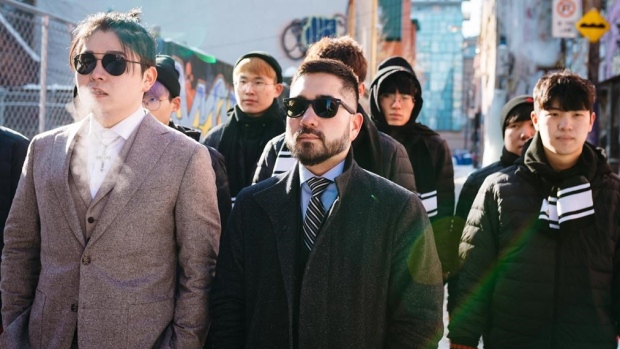 Underestimate the Toronto Defiant at your peril, says head coach Beoumjun (Bishop) Lee, whose esports team kicks off its inaugural season Friday in the Overwatch League.

"We're very excited for the match to finally be here," he said from Los Angeles, where most games are played. "It's a moment to show the world what the underdogs are capable of.

"Everyone has thankfully ranked us really low. So we're happy to prove everyone wrong ... There's no better story than the underdog story."

"Overwatch" is a team-based, first-person shooter video game (a genre centred around weapon-based combat) from Blizzard Entertainment that has spawned a worldwide esports league. Toronto and the Vancouver Titans are two of eight new franchises chasing the US$5-million prize pool, up from $3.5 million last year.

Other expansion franchises for 2019 are Atlanta, Washington, D.C., Paris, and Chengdu, Guangzhou and Hangzhou, China.

All players and coaches are referred to by their nicknames in the sport.

Bishop, 29, helped put the London team together and served as coach before parting ways with the squad in March. He is known for his ability to find talent.

"I won't disagree with that," he said.

Six play in a match.

Asher (Los Angeles Gladiators), Neko (Boston Uprising) and Envy (Los Angeles Valiant) have Overwatch League experience. Most of the rest came from the 02 Ardeont squad from the Korean Contenders circuit.

The team, which lives together in a well-appointed Los Angeles home, will be hard to miss.

"But I always tell the players if you're going to play hard, make sure you work hard as well."

While Korean is their current preferred language to communicate, they are taking English lessons.

The majority of Overwatch League matches will be played at the Blizzard Arena in Los Angeles. The league plans to eventually stage games in franchise cities and is taking the first steps towards that with so-called Homestand Weekends this season. The Dallas Fuel (April 27-28), Atlanta Reign (July 6-7), and Los Angeles Valiant (Aug. 24) will each host a weekend round of games in their cities.

Born in South Korea, Bishop moved to the U.S. with his family when he was one. Raised in the Midwest, he studied psychology at the University of Minnesota before returning to South Korea to do his mandatory military service.

Bishop then decided to try his hand at being a professional gamer.

"I started gaming at the age of 26 and that is way past the prime for an Overwatch player," he said. "It was many things. I think it was the most exciting part of my life, especially going on stage in APEX (a Korean Overwatch circuit)."

When Bishop learned of the formation of the Overwatch League, he said he knew he had a "bigger role to play" and moved into coaching. He was following the recommendation of Dennis (INTERNETHULK) Hawelka, a German player-turned-coach who passed away in November 2017 at the age of 30.

Seven Canadians competed in the 2018 inaugural season when players earned a minimum salary of $50,000, with health-care and housing provided plus a retirement plan. Expansion franchises reportedly cost at least $30 million.

The Defiant will be without Neko for its first three games. He's serving a suspension for "selling an account and obstructing league office investigation.'' The Overwatch League declined to detail the offence, referring questions to its five-page code of conduct.

The Toronto franchise noted the infringement occurred before he joined the team.

The league is the brainchild of Overwatch developer Blizzard Entertainment, whose gaming portfolio also includes "World of Warcraft'' and "StarCraft.'' Blizzard says Overwatch has more than 40 million players.