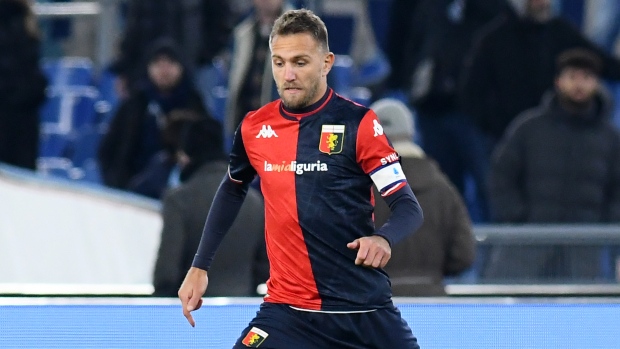 Toronto FC are closing in a deal for Genoa captain Domenico Criscito, according to a report by Fabrizio Romano.

According to Romano, Criscito is expected to join TFC immediately.

The decision has been already made. He's joining Toronto.

"Our captain Criscito has received an important proposal, it's true,” Genoa board member Andres Blazquez confirmed to Romano.

The 35-year-old defender came up through both the Genoa and Juventus academies and made his Serie A debut for Juve in 2007.

After a four-season return to Genoa, Criscito joined Russian Premier League side Zenit in 2011. In his seven seasons in Saint Petersburg, Criscito won a pair of RPL titles and a Russian Cup. He rejoined Genoa in 2018.

Internationally, Criscito was capped 26 times by the Azzurri and appeared at the 2010 World Cup in South Africa. He also represented Italy at the 2008 Summer Olympics in Beijing.