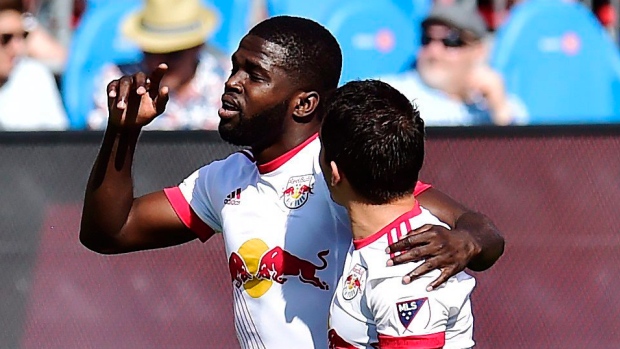 The 28-year-old Jamaica defender has signed for Toronto FC from Belgian side Anderlecht. His new deal runs through 2024 and Lawrence will be added to the Reds' roster pending the receipt of his International Transfer Certificate.

A native of Kingston, Lawrence previously spent five seasons in MLS with New York Red Bulls and is reunited with former manager Chris Armas with TFC.

"We are very excited about Kemar joining the club,” TFC general manager Ali Curtis said in a statement. “He’s a fearless competitor, he has experience, and he immediately makes our team better. Kemar is a lockdown wingback, and we are excited to get him going. Looking forward to he and his family planting roots in Orlando, and then Toronto. Very excited for Kemar to join is an understatement."

Lawrence made 15 league appearances for Anderlecht this season.

“I believe that we are a really good fit for Kemar and that he complements our roster well,” Armas said in a statement. “He adds experience, intensity and a defensive presence that is fierce. I am excited to start working with him again.”

Internationally, Lawrence has been capped 60 times by the Reggae Boyz.