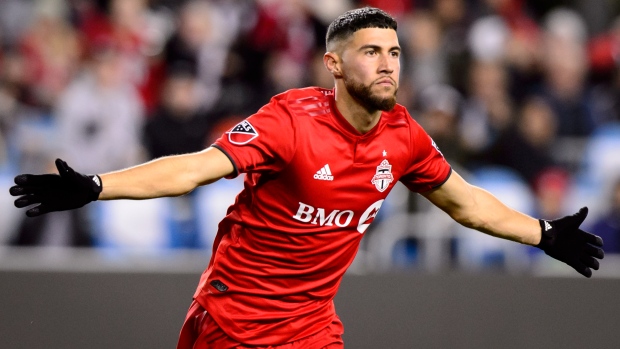 Toronto FC announced a number of roster moves on Wednesday, including exercising the options of six players with Canada midfielder Jonathan Osorio among them.

The three other players whose options were declined are forward Patrick Mullins, goalkeeper Kevin Silva and defender Rocco Romeo.

With the 15 players under contract for 2022, the team's roster now stands at 21 players with the exercising of options.

TFC's 2022 campaign, its first under new head coach Bob Bradley, is set to kick off on Feb. 26 when the team hosts the New York Red Bulls at BMO Field.