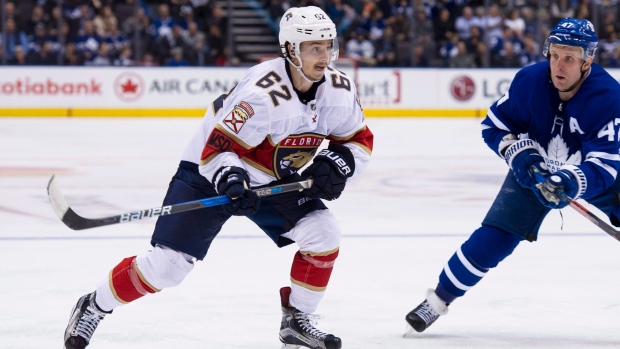 The Toronto Maple Leafs have acquired forward Denis Malgin from the Florida Panthers in exchange for forward Mason Marchment.

Malgin, 23, has four goals and 12 points in 36 games with the Panthers this season. Scheduled to become a restricted free agent in July, he carries a $750,000 cap hit for this season.

Panthers GM Dale Tallon tells me the agent for Denis Malgin had asked him several times for a trade out of Florida. He got his wish.

Prior to joining the Panthers, Malgin was a teammate of Maple Leafs centre Auston Matthews during the 2015-16 season with Switzerland's Zurich Lions.

The @MapleLeafs have acquired forward Denis Malgin from Florida in exchange for Mason Marchment.

Undrafted to begin his professional career, Marchment first joined the Marlies in 2016. He contributed six goals and nine points in 20 games during the Marlies' run to the Calder Cup in 2018.