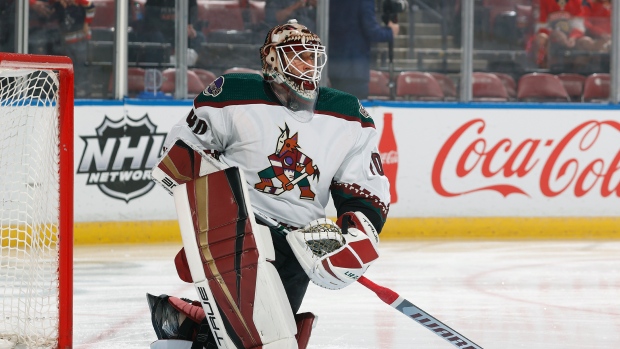 The Toronto Maple Leafs have acquired goalie Carter Hutton from the Arizona Coyotes in exchange for future considerations.

The 36-year-old has played in 234 career games in the NHL with the Chicago Blackhawks, Nashville Predators, St. Louis Blues, Buffalo Sabres and Arizona Coyotes.

Hutton has a 7.76 goals-against average and a .741 save percentage over three games in Arizona this season.