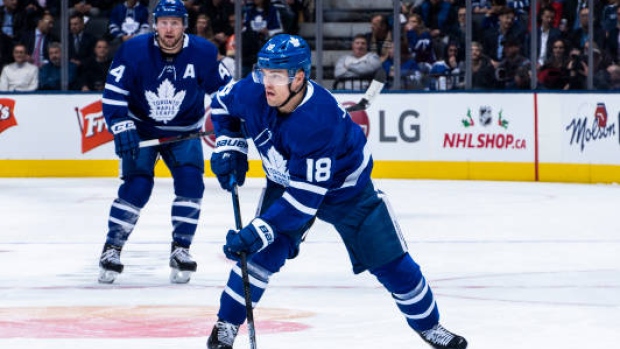 The Toronto Maple Leafs have activated forward Andreas Johnsson off the injured reserve.

Johnsson underwent knee surgery on Feb. 19 after he was injured colliding with teammate Kasperi Kapanen in a game against the Dallas Stars and has not played since.

He was given a six-month recovery time and began skating on July 22, one week after Phase 3 training camps opened.

In 43 games this season, Johnsson has eight goals and 21 points.

The Leafs are set to take on the Columbus Blue Jackets Sunday night in Game 5 of their Stanley Cup best-of-five playoff qualifying series.