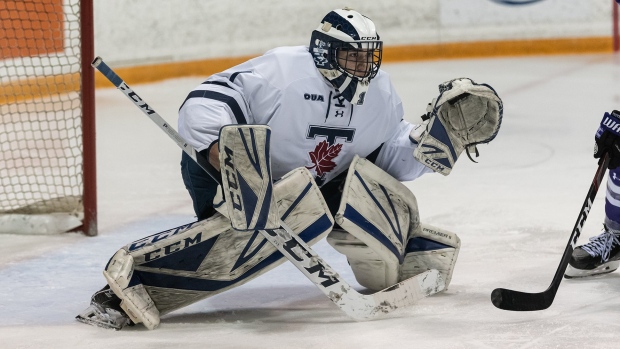 The Toronto Maple Leafs are signing University of Toronto goaltender Alex Bishop to a one-day amateur tryout contract and he will serve as the backup on Saturday against the Ottawa Senators.

According to TSN Hockey Insider Chris Johnston, the Maple Leafs do not have the cap space to call up a goaltender to replace Mrazek.

Mrazek is injured. Once they play a game short a player, they can make an emergency recall on Michael Hutchinson for Monday's game.

Once the team plays a game short a player, they will be able to make an emergency recall of Michael Hutchinson.