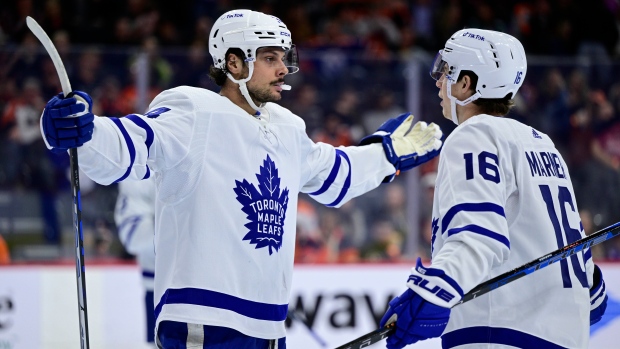 Matthews scored twice in the second period and once in the third against the Tampa Bay Lightning to pull even with Vaive, who found the net 54 times in 77 games during the 1981-82 season.

The 24-year-old reached the mark in his 64th game of the season.

Matthews leads the league in goals over Edmonton Oilers forward Leon Draisaitl, who is second with 50 markers in 70 games this season.

The California native who was raised in Arizona led the league with 41 goals last season, picking up his first Rocket Richard Trophy.

Heading into the season, Matthews’ career high was 47 which he accomplished during the 2019-20 campaign.