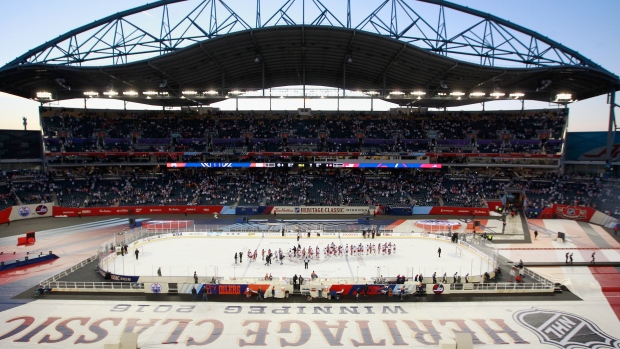 “We are excited to announce that we will be presenting another Tim Hortons Heritage Classic this season,” NHL Commissioner Gary Bettman said in a statement. “When the Toronto Maple Leafs meet the Buffalo Sabres at Tim Hortons Field in Hamilton, we again will honor Canada’s preeminent role in the history of our game while renewing a great and longstanding NHL rivalry.

'In addition, by inviting the first U.S.-based team to a Heritage Classic, we will celebrate the greater Golden Horseshoe region as the home of so many fans of both the Leafs and Sabres.”

The Maple Leafs-Sabres matchup in March will be the 35th regular-season outdoor game and the third scheduled for this season along with the Winter Classic (Jan. 1, St. Louis at Minnesota) and the NHL Stadium Series (Feb. 26, Tampa Bay at Nashville).