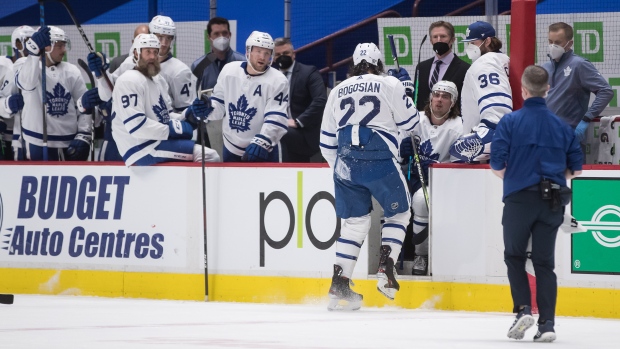 Toronto Maple Leafs defenceman Zach Bogosian had an MRI on his injured shoulder and will miss a minimum of four weeks, head coach Sheldon Keefe announced on Friday.

Bogosian suffered the injury Tuesday against the Vancouver Canucks when he went to play the puck in the corner mid-way through the second period and lost an edge, slamming hard into the boards. He was able to skate off the ice under his own power but the team ruled him out for good at the start of the third.

The 30-year-old has recorded four assists over 45 games this season with the Maple Leafs, his first year in Toronto.