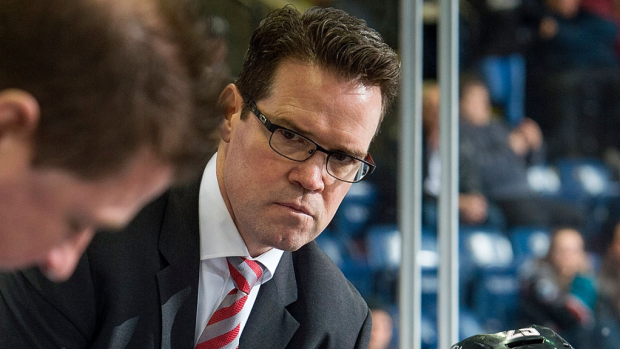 The Toronto Maple Leafs added to their bench on Monday.

The team announced the hiring of Dean Chynoweth as an assistant coach on Sheldon Keefe's staff.

A native of Calgary, Chynoweth replaces Dave Hakstol, who left the Leafs to become the first head coach of the Seattle Kraken.

"After spending time with Dean, it became clear that his knowledge, passion and personality would make him the right fit," Keefe said in a statement. "We're fortunate to add someone of his quality and experience to our staff."

"As someone who grew up in western Canada and watched the Maple Leafs on Hockey Night in Canada every weekend, I'm thrilled to join the team's coaching staff," Chynoweth said in a statement. "I'm very excited for the opportunity to work alongside Sheldon, the rest of the staff and the talented group of players in Toronto."

Prior to becoming a coach, Chynoweth was a defenceman in his playing days and the 13th overall pick of the 1987 NHL Entry Draft by the Islanders out of the WHL's Medicine Hat Tigers.

Chynoweth appeared in 241 games over nine NHL seasons with the Isles and Boston Bruins.