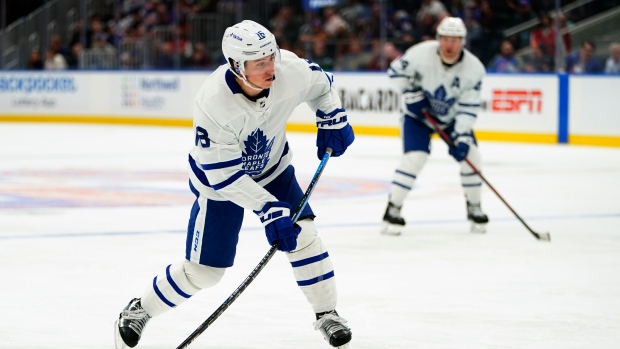 Toronto Maple Leafs forward Mitchell Marner will not be in the lineup Sunday night when the team takes on the Winnipeg Jets, head coach Sheldon Keefe announced on Saturday.

Hutchinson backing up Campbell tonight. Kase and Rielly on the ice for warm up. No Marner or Woll.

The Thornhill, Ont. native has six goals and 21 point in 24 games this season.