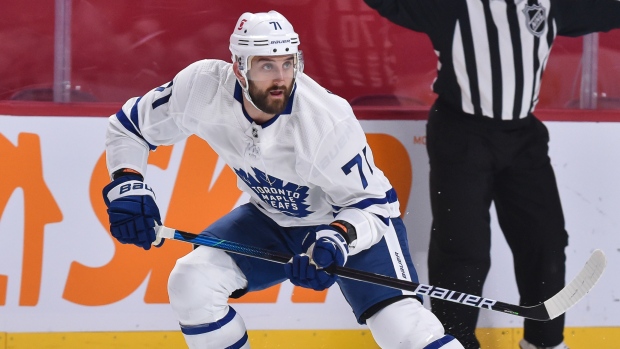 Toronto Maple Leafs forward Nick Foligno was ruled out of Monday’s game against the Montreal Canadiens after suffering an upper-body injury, the team announced.

Foligno played 9:05 against the Canadiens before leaving the game late in the second period.

After the game, Maple Leafs head coach Sheldon Keefe did not have an update on Foligno's condition.

The 33-year-old was held pointless on the night and has four assists in five games since joining the Leafs in a trade deadline deal with the Columbus Blue Jackets.