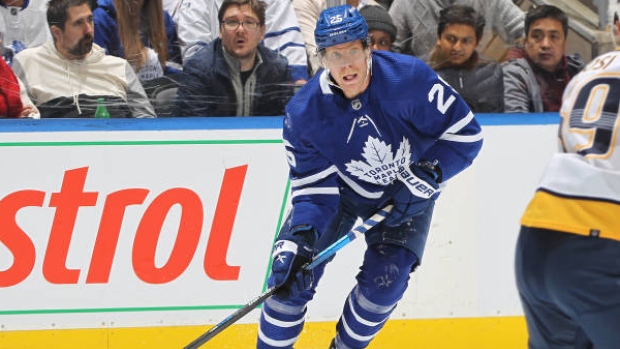 Toronto Maple Leafs forward Ondrej Kase will not be in the lineup for Friday’s game against the San Jose Sharks, according to head coach Sheldon Keefe.

Kase, 26, missed practice on Thursday due to wear and tear, according to TSN’s Mark Masters.

Ondrej Kase is out tonight, per coach Sheldon Keefe

Kase has scored five goals and eight points in 21 games this season. Kirill Semyonov will replace Kase in the lineup.

Semyonov, 27, has appeared in two games with the Maple Leafs this season and has not recorded a point.

Semyonov scored one goal and nine points in nine games this season with the Toronto Marlies of the American Hockey League.