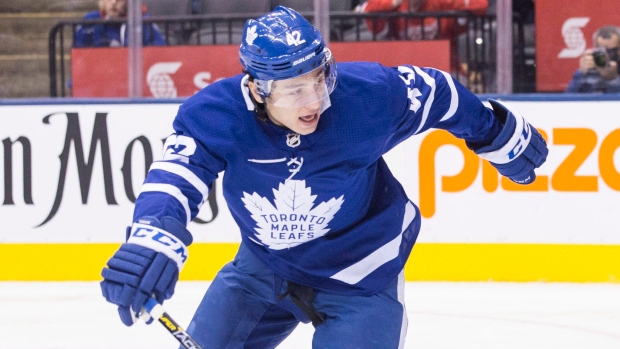 Toronto Maple Leafs forward Trevor Moore has been ruled out indefinitely due to a concussion.

The Maple Leafs announced the update ahead of Friday's game against the New Jersey Devils. The team recalled defenceman Martin Marincin and forward Adam Brooks from the Toronto Marlies earlier on Friday.

.@MapleLeafs forward Trevor Moore will not play tonight vs NJ Devils and is out indefinitely with a concussion. #LeafsForever

Moore, 24, returned to action on Dec. 21, playing 9:45 against the Detroit Red Wings, after missing over a month with a shoulder injury and then a suspected concussion. He was ruled out of Monday's win over the Carolina Hurricanes ahead of the game for an undisclosed reason.

In 22 games this season, Moore has three goals and five assists. He appeared in 25 games with the Leafs last season upon making his NHL debut, posting two goals and eight points.