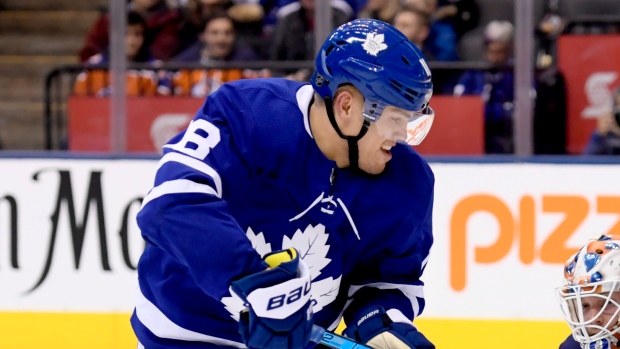 Toronto Maple Leafs forward Andreas Johnsson injured his knee during the team's 3-2 loss to the Dallas Stars. Head coach Sheldon Keefe says the injury appears to "not be a short-term thing"

Johnsson's status will be updated on Friday. He left the ice following a collision with teammate Kaspari Kapanen in the first period.

The 25-year-old missed 15 games this year with a leg injury.

The left winger has eight goals and 21 points in 42 games this season.

With injuries mounting, an illness making its way through the room and a busy upcoming schedule, Toronto has cancelled Friday's practice