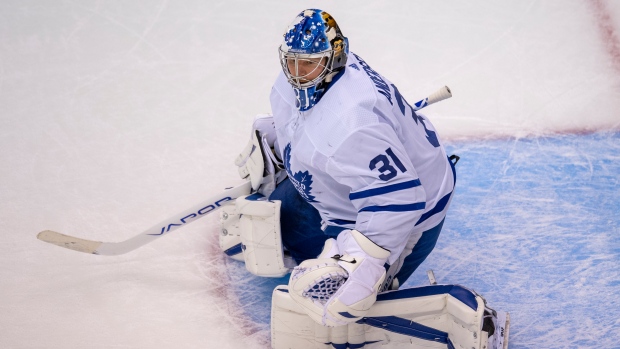 The Toronto Maple Leafs will get some relief for Wednesday's rematch against the Calgary Flames in Zach Hyman, but will once again be without Joe Thornton, Jake Muzzin and goaltender Frederik Andersen

Head coach Sheldon Keefe confirmed Hyman will skate on a line with Mitch Marner and Auston Matthews, with Nic Petan drawing out.

None of the team's injured players took part in Wednesday's optional skate ahead of their game against the Calgary Flames.

Alexander Barabanov and Scott Sabourin were both back on the ice Wednesday after having inconclusive PCR tests on Tuesday.

Michael Hutchinson and Joseph Woll were the only goaltenders for the session.