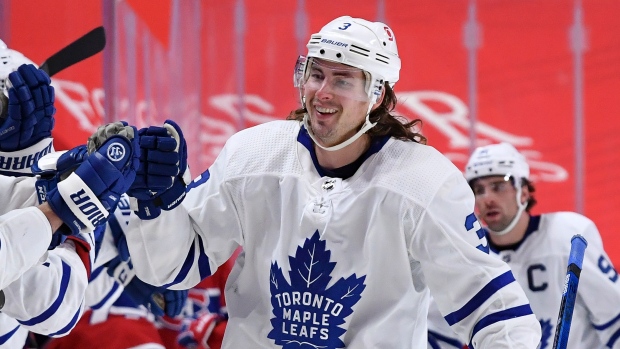 Toronto Maple Leafs defenceman Justin Holl will not play in Saturday’s game against the Ottawa Senators due to cold symptoms.

Justin Holl has cold symptoms and his PCR test hasn't come back yet, hence his absence from morning skate. He's not feeling well enough to play tonight either way.

Holl has taken a PCR test and the results have not been returned, but the 29-year-old is not feeling well enough to play no matter the outcome of the test.

Holl has appeared in both games this season for the Leafs and has a minus-3 rating.

He skated in 55 games last season for Toronto and posted two goals with 18 assists.

The Tonka Bay, Minn., native was selected in the second round, 54th overall of the 2010 NHL Draft by the Chicago Blackhawks.