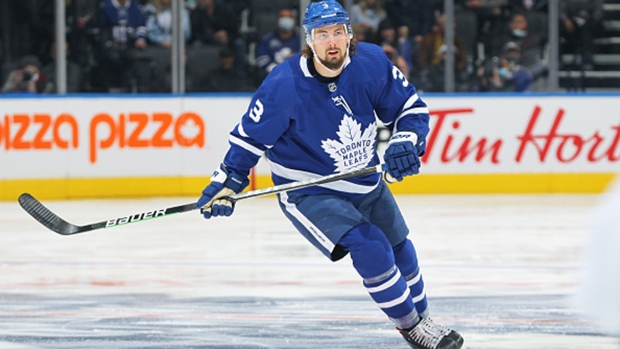 They should skate tomorrow, but won’t play v Islanders … Leafs next game is Wednesday v Ducks@TSN_Edge

TSN's Mark Masters reports that the pair will join the team in New York today, but will not play against the Islanders on Saturday.

The Maple Leafs will then host the Anaheim Ducks on Wednesday.

Keefe also said Friday that goalie Petr Mrazek will start against the Islanders.