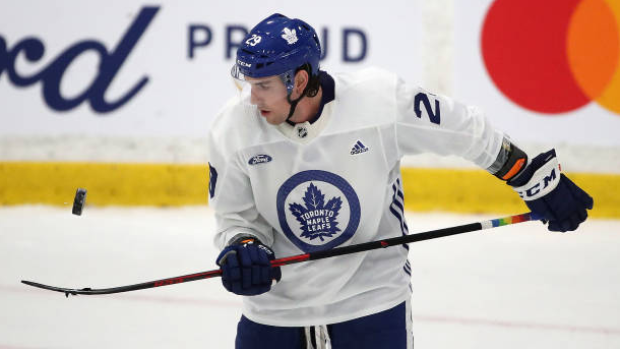 The Toronto Maple Leafs traded forward Kurtis Gabriel to the Chicago Blackhawks on Thursday in exchange for defenceman Chad Krys.

The Blackhawks have acquired forward Kurtis Gabriel from the Toronto Maple Leafs in exchange for defenseman Chad Krys. pic.twitter.com/B0Ls9BnLYd

Gabriel, 28, did not appear in a game with the Maple Leafs this season after signing a one-year, $750,000 deal in free agency. He posted one goal and one assist in 13 games with the AHL's Toronto Marlies of the American Hockey League.

The Newmarket, Ontario native has has two goals and five points in 49 career NHL games with the Minnesota Wild, New Jersey Devils and San Jose Sharks.

Krys, 23, has one assist in eight games with the AHL's Rockford IceHogs this season. He was selected by the Blackhawks in the second round of the 2016 NHL Draft.